Joined Jan 9, 2018
·
878 Posts
If you are a fan of early funny cars check out george klass remembers. Click on F/X and you will find dozens of early Chevy powered AWB's and F/X'ers.
19 year old me is back there somewhere.

Joined Feb 3, 2014
·
4,005 Posts
Love that shot. SO MANY Chevy II 2-door sedans went this route. Love the car in the shot with radically altered axle positions front and rear and the engine shoved rearward. Still a door slammer but all business. What do you figure for the year this was taken?

1968 Chevy II Nova, Central Arkansas
Joined Jul 12, 2007
·
2,040 Posts
Wow someone put a lot of work into that car. I can't see all that bringing down the ET's but I am no drag race expert. It looks like the wheel base would be close to the same as original.

Joined Feb 3, 2014
·
4,005 Posts
I had never seen that site. Thanks so much for the recommendation. I'm a big fan of cars built in that time, especially the Novas and Chevy IIs. They are all cool, especially the fastbacks and the straight axle cars, but I could only have one of any of the cars in all the pictures, give me the B/FX '62 Chevy II wagon campaigned by Don Nicholson out of Don Steves Chevrolet, La Habra CA. Plain Jane, no frills, and a winner.

Joined Jan 9, 2018
·
878 Posts
Ally, that was probably the summer of '66. I would go to Lions every Saturday night and literally saw the evolution of the funny car. That was Doug Thorley's first funny car. It was nice but his subsequent stretched "Corvair" was fabulous.
Lions was not an NHRA track and they encouraged these cars.......nitro was no problem.
My favorite Chevy ll funnies were Richard Schroeder's "Bad Bossa Nova" '66 and Dale Armstrong's '65 "Canuck". Dale had just migrated from Canada and he had it figured out. His blown SBC with 40% in the tank made a sound like no other.
I'll find a couple of pictures.

Alf said:
If you are a fan of early funny cars check out george klass remembers. Click on F/X and you will find dozens of early Chevy powered AWB's and F/X'ers.
19 year old me is back there somewhere.
View attachment 397241
Click to expand...

The photo was probably 64-65 looking at how it’s set up with the type of wheels and so on. In 1966 the rules were changed and made the altered wheel base gasser class type cars obsolete. This looks like real Doug’s Headers car from back in the day rather then a clone or tribute car.. After the rules changed the gasser type cars were not going to be competitive with the new funny cars that were already showing.. The evolution of the gasser cars started out as stock street cars with stock suspension.. Tire technology of the day didn’t really make for terribly sticky tires so no matter how much HP you could build into an engine, traction was the limiting factor. As a means of inducing weight transfer to the rear wheels the cars started getting the front end lifted with taller ball joints, ball joint spacers, and taller springs. These modifications made the weight transfer to the rear wheels an immediate solution as when the cars launched the nose didn’t have to climb anymore since the front end was already up at a static position. The progression of the series and rules from the late 50’s to 65 evolved with more alterations to the vehicle setup. Moving the axles forwards and the engine back were all just a means to get as much weight to the rear wheels in order to get traction.. This is not how it works today as tire technology is far superior to what was available in those days.

Joined Jan 9, 2018
·
878 Posts
These were nitro burning altered wheel base cars. They evolved from A/FX'ers and had nothing to do with gassers.
Things were evolving quickly and some gasser notables such as Stone Woods and Cook saw the hand writing on the wall and quickly built a Mustang funny, sadly abandoning their incredible, venerable A/GS Willys. This was necessary to get good paying bookings.
Schroeder in his Bad Bossa Nova below.

Joined Feb 3, 2014
·
4,005 Posts
Great site. I like the Canuck too. Straight up radiuses wheel openings and the widest slicks that might not spin on the wheel. There were a number of cars, either coupes or convertibles, that had the top sawn off and a roll cage and roll bar built in. Had to be tough on the drivers at top speed without any windscreen at all.

Of course I'm partial to the fastbacks, being of Bill Thomas origin. The Alan Green car still exists I believe, in Northern California, but I have never seen it. The other two fastbacks built at his shop, the Dixie Twister and the CKC fastback were lost to attrition. Gossip unconfirmed for years was that one was in a bunch of pieces, and the other burned to the ground in an accident. Always interested in seeing some modern day shots of any of the Bill Thomas fastbacks. Depending on who you believe, there are also 1-4 OTHER fastbacks in existence, one with a diamond-shaped rear window cut into the fastback fiberglass blank mold, which was road raced in New England by a Chevrolet engineer. I have posted a picture here on SNS, some time ago, of one of the Bill Thomas fastbacks in street dress, licensed and with torq-thrusts and at street ride height. These three cars were built on either '62 or '63 convertible bodies with fiberglass doors, front body parts, and a BTR-designed front and rear valance in place of the bumpers. You can see that valance on the Alan Green fastback and also the 'Retribution II" '63 SS campaigned by Dickie Harrell (also on that same great website).

Thanks so much for the resource!


I know it's geeky, but this is still my favorite. What, is Don Nicholson about 7 feet tall? Am I seeing a 4 lug front end with a 5 lug rear? Some funky front fender flare work and probably some torch work in the rear wheel wells. I'd like to know from any primary source to be sure, but I think this was a '62 fuelie 327 under the hood and a T-10 4-speed. Don't know what the rear is. Front clip paint doesn't exactly match the Ermine White on the rest of the body, so it may be fiberglass. With an unlimited budget and tons of garage space, I think this would be what I would want to build, with no parts made after 1963.

Joined Jan 9, 2018
·
878 Posts
Ally, a couple of thoughts. Nicholson was always tall and skinny and very approachable.
His first dealership gig was at C. S. Mead Chevrolet in Pasadena in the '50's. He was the preeminent tune-up guy in So Cal and people came from all-over to get his "dyno-tune".
Mercury threw him a bunch of money in '66 or '67 and he relocated to Atlanta and really got famous. Us Chevy partisans were heartbroken.
My new hero became Malcolm Durham.

Joined Feb 3, 2014
·
4,005 Posts
33 years ago and just out of college, I had a job substitute teaching in Temple City, CA. The auto shop teacher, one Delmar Hassenplug (true name) was out for a week and I substitute taught. I went down the roll list, and one of the kids was named Don Nicholson. As a joke, I said, "not THE Dyno Don Nicholson, right?" And the kid goes, 'Oh, that's my uncle. I'm driving the family car he bought for (this kid's) dad in 1967." It was a '67 Impala SS with 4-speed, and it was this kid's daily driver. Needless to say, I kept him a few minutes after.

The game had definitely changed by '66 as you and Nova Thug have said, and factory sponsorship was becoming more and more a separating factor. Nicholson was a proven product by then, and I seem to think he was driving factory sponsored Comets by that time.

Also a bunch of shots of Pasadena's Blair's Speed Shop cars from back in the day, not only of their Nova, but their other cars too.

Drag racing is dangerous, but there are worse things out there that can get you killed. Here's a look at the life and tragic death of Steve Bovan.


Clearly this is an earlier design out of the shop. The Dixie Twister, the CKC and the Alan Green car all have a fastback that tapers inward more at the rear toward the end of the trunk. It's also telling that, to stay competitive, the Alan Green car had to move the rear axle forward from the earlier version (middle of the 3 pics that Nova Thug posted) and the front axle a little, too. The car shown here was at Thomas' shop in '62 or '63. The car in the picture had already had a small block and 4 barrel swapped into it, but they still had some roller 13's on the car. It still has the steel doors, front clip and bumpers on it.

Drag racing is dangerous, but there are worse things out there that can get you killed. Here's a look at the life and tragic death of Steve Bovan.

Wow, sad but interesting. I was in high school during that time in SoCal following racing but I don't remeber any of that story.
O

The strong-armed influence of local government has claimed yet another victim in the drag racing world, as the Speedworld Raceway in Wittmann, Ariz., a multi-purpose racing facility complete with a 1/4 mile dragstrip, has been forced to close its gates.

I sure wanted to park both Planes on the 'Line - by the Tree' - and, get that "PICTURE" 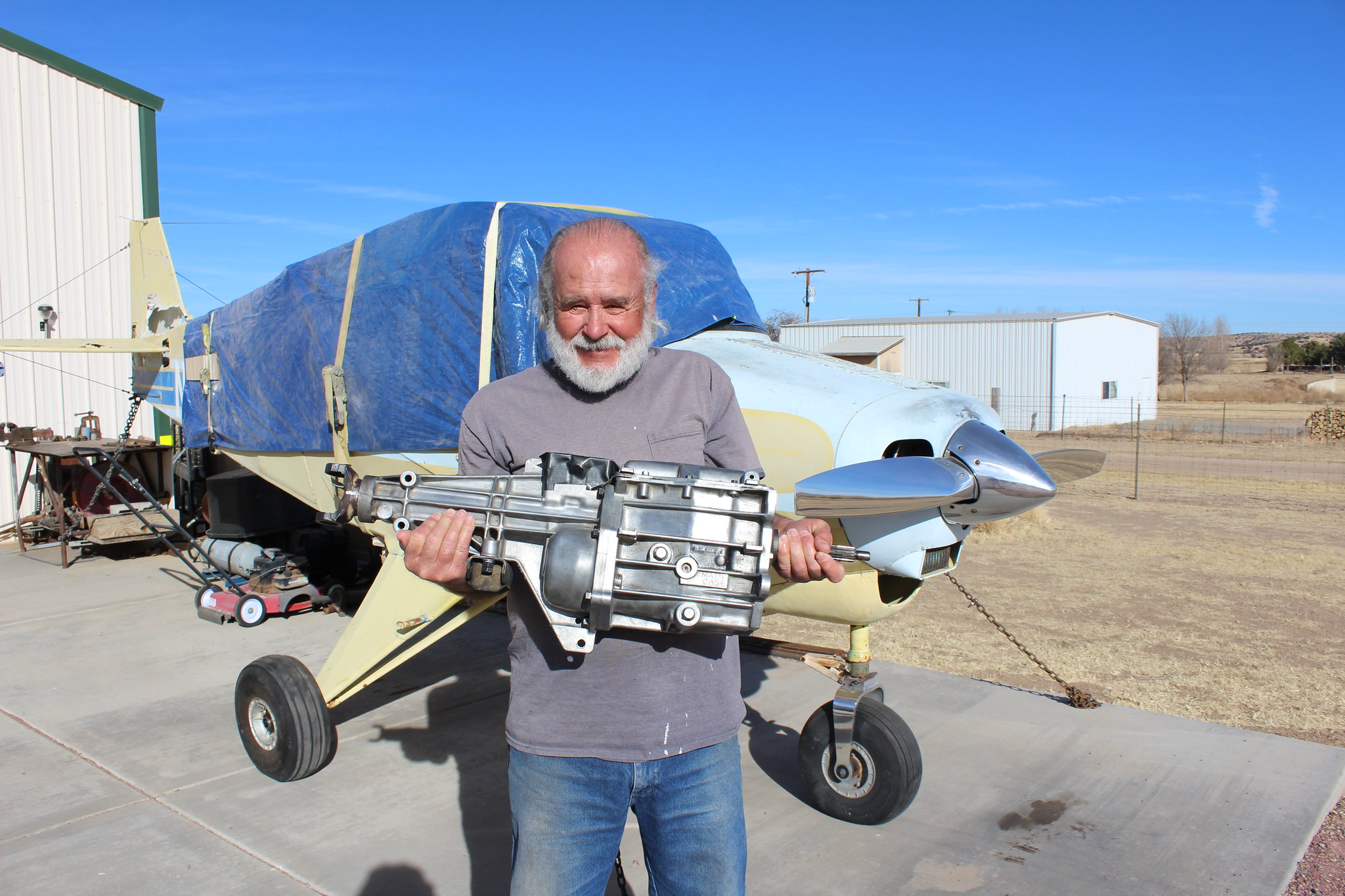